Home Health Dog Seizures, Symptoms and Treatments: How I Handle Them
Health

Dog Seizures, Symptoms and Treatments: How I Handle Them 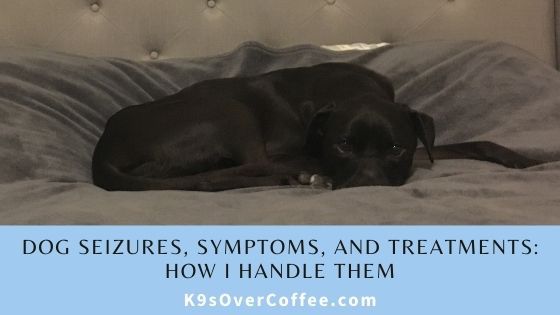 Dog seizures, symptom and treatments – honestly, I didn’t care much to find out about any of these, including the fact that cancer can cause dog seizures.

Unfortunately, I recently learned all of it. As my pup Missy’s cancer has started to spread more throughout her body, we’ve been presented with a new challenge: seizures.

She’s had 3 so called Grand Mal seizures over the course of the past month.

As a result, she’s now medicated to increase her seizure threshold. That said, she gets both traditional as well as homeopathic remedies.

Dog Seizures, Symptoms and Treatments: How I Handle Them

VeterinaryPartner.com describes a Grand Mal seizure as follows: This is the most common form of seizure in small animals. The entire body is involved in stiffness and possibly stiffness/contraction cycles. The animal loses consciousness and may urinate or defecate.

Seizures 1 and 2 happened on a Sunday. The first one caused her to collapse while we were out on a longer morning walk.

We had been walking for about an hour and 15 minutes and were just 10 minutes away from home when it suddenly happened.

Missy started walking sideways and then collapsed in the street.

She was paddling with her paws, had foam coming from her mouth, an empty look in her eyes, and peed herself.

Although it only lasted a minute, it felt like an eternity to me. Especially because it took me a moment to realize what was happening.

Is My Dog Having A Seizure?

The very first thought that ran through my head was that she was dying right here and there. That thought disappeared when Missy got back up on her paws.

She was disoriented for a few more minutes, so I just waited for that phase to pass.

Dog Seizures – How I Handled Them Outside

There was a friendly man who lives in our neighborhood who had witnessed what happened and brought Missy several bowls of water.

She drank some of it, and I used the rest to wash the foam and some blood off her mouth, legs and paws.

I asked the nice man if he could give us a ride home since I had no idea if Missy would be able to walk the 10 minutes, and he did.

Once we were home, she drank some more water, ate her breakfast, and then took a long nap. After that, she seemed completely fine again.

Dog Seizures – How I Handled Them Inside

The second seizure happened that Sunday night on my bed, at 3 in the morning.

This one only lasted about 15 seconds and Missy stayed on my bed. But since she peed herself again, I ended up stripping the entire bed and washed the sheets and covers right then and there.

Just like earlier that day, Missy seemed fine again once the seizure had passed. After she went potty in the backyard, she went right back to sleep.

Seizure number 3 happened 2.5 weeks after we had seen our vet and consulted with our homeopath. It was a Wednesday evening at 9 pm, and Missy and I were lounging on the couch.

All of a sudden she hopped off and had a seizure right there in the carpented living room. It lasted about a minute, just like the first one on our walk.

The pattern was the same again – she:

She also peed again while it happened.

However, this time I expected her to pee and quickly grabbed one of our doggie towels that was sitting by the patio door. I held it right by her rear end and ended up catching her urine that way.

I dropped Missy off at our vet first thing Monday morning after the initial 2 seizures. That afternoon, her brother Buzz and I picked her back up.

They ran some tests which included a complete blood count. The results were good, with all values being normal, so our vet assumes that the cancer is spreading into her brain, causing the seizures.

She prescribed 750 mg of Levetiracetam, a drug to raise Missy’s seizure threshold. Missy takes it with food twice per day.

That Monday evening, I contacted our homeopathic vet Dr. Loops via email to update him on Missy’s condition and to let him know that she was now on Levetiracetam.

His office called the next day and told me that Dr. Loops added another remedy to Missy’s treatment. It’s called Ruta 6C/Calcarea phosphorica 6C Combo and arrived two days later in the mail. She’s also taking that one twice per day.

Side note: As with all homeopathic remedies, the Ruta 6C/Calcarea phosphorica 6C Combo is not administered with food or water. I usually give Missy her remedies 15-20 minutes before or after her meals.

In addition to Levetiracetam & Ruta 6C/Calcarea phosphorica 6C Combo, Missy now also takes CBD oil, which is derived from hemp and helps control dog seizures. I mix it into her raw cancer support meals from Darwin’s twice per day.

Dr. Loops had initially recommended it on his list of suggested cancer treatment supplements, and even our traditional vet agreed and said that the oil is known to treat dog seizures.

There are a variety of different brands available on the market, and I personally ordered from Bluebird Botanicals as it came recommended by Dr. Loops.

Dog Seizures – What To Do

In a nutshell, staying calm is the best help I can offer my little girl.

There’s no point in yelling, screaming or crying uncontrollably – it only adds to the confusion of the moment.

I watched several videos of dogs experiencing seizures on YouTube and noticed that most of their owners were acting completely irrationally.

Of course I understand that our emotional distress is strong when our pups go through something as scary as a seizure. But acting on it doesn’t help our pups.

All you can do when a seizure happens is to wait it out. Move furniture out of your dog’s way if it’s happening inside your home.

Causes of Seizures in Dogs

Missy’s seizures seem to be the result of her cancer spreading into her brain.

However, there are a variety of causes that can trigger seizures in dogs, to include:

Missy’s seizures are a clear indicator that her cancer is taking over more and more of her body. For now, it doesn’t seem to affect her too terribly although I have noticed that she has had a few slower days.

Earlier this week she was moving very slowly during an afternoon walk at a local park. But just yesterday, she walked at her regular pace followed by zoomies when we were back home!

I have come to terms with the decision that once her slow days become the norm, I will make that dreaded call to our vet as I do not want her to suffer.

Update 2020: Missy passed 8 weeks after her first seizure in April 2018. She continues to be missed every day.

5 Tips For Hosting An Air B&B With Dogs 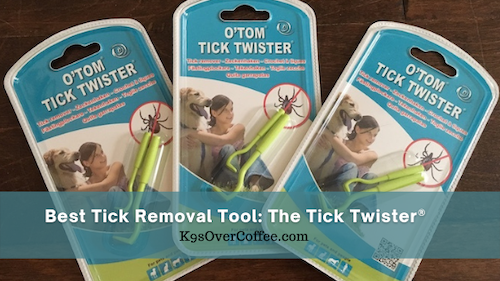 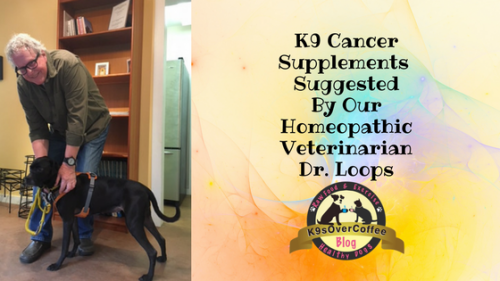 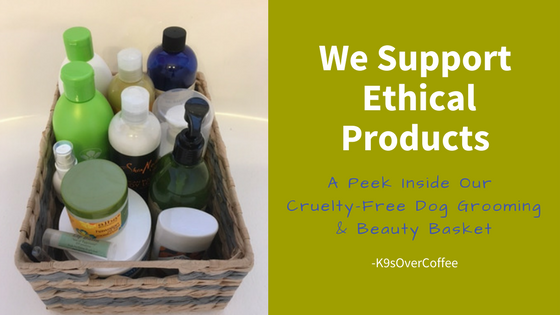 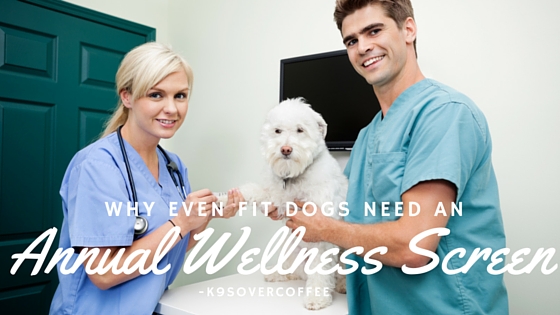 Why Even Fit Dogs Need An Annual Wellness Screen 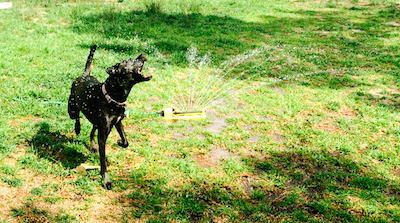 How to deal with heat strokes in dogs 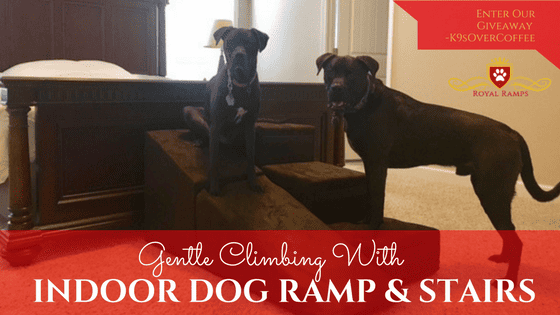 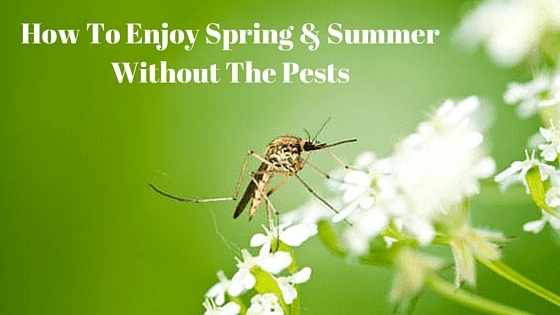 How to enjoy spring & summer without the pests! 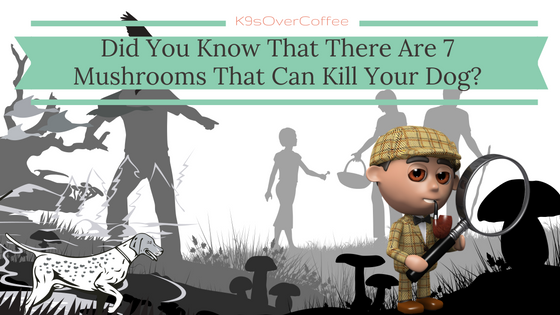 Dangerous Mushrooms for Dogs: These 7 Can Kill Your Dog 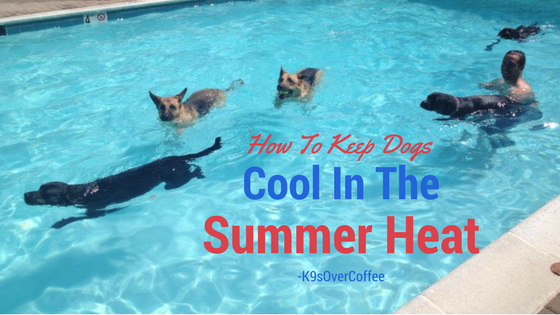 How to keep dogs cool in the summer heat 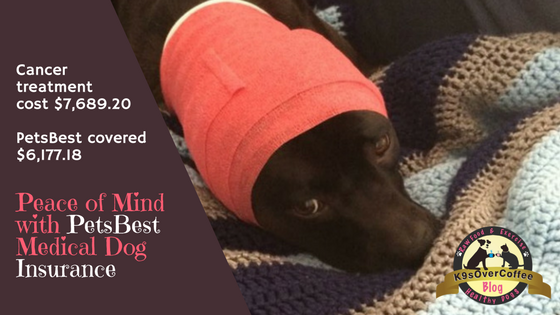 Peace of Mind with PetsBest Medical Insurance for our Dogs!