Slippery Elm For Dogs – What It Is,...
What’s So Great About Single-Ingredient Dog Treats?
Your Raw Feeding FAQs Answered
Why Do Dogs Regurgitate Raw Dog Food &...
Why is My Dog Constipated on Raw Dog...
3 Reasons Not to Make Homemade Raw Dog...
Give Your Dog A Bone by Dr. Ian...
Raw Eggs for Dogs Have Many Benefits- Not...
Why Are Raw Rabbit Heads Good for Dogs?
How To Prevent Dog Tartar Build Up With...
How To Prepare Low Cost Raw Dog Food
How To Talk To Your Anti Raw Vet...
Do Chicken Bones For Dogs Scare You?
Canine Cushing’s Disease: Can Raw Dog Food Help?
Add This to Your Homemade Pumpkin Puree for...
I Use This Easy Hack To Store My...
Easy Raw Dog Food Recipe For My Food-Sensitive...
Bargain Amazon Prime Day Deals Your Raw-Fed Dogs...
Where To Buy Green Lipped Mussels For Dogs
What size freezer for raw dog food?
Home Nutrition Slippery Elm For Dogs – What It Is, How to Make It & More
Nutrition 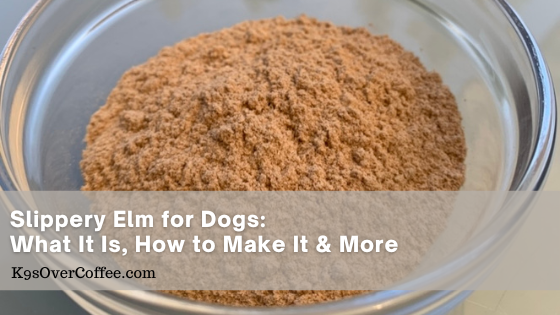 A few days ago, I made a fresh batch of slippery elm for dogs. Specifically slippery elm syrup for my raw-fed dog Wally after he ate a couple plums including their pits on our morning walk…

It’s super easy AND fast to make and highly effective when he’s not feeling his best.

Since I had been wanting to write about it here on the blog for a while, I figured let’s snap some pictures while making it and put them up here for y’all! Besides the pictures, here’s the information you’ll find in this blog post:

Slippery Elm for Dogs – What It Is, How to Make It & More

What is Slippery Elm Bark Powder?

So what is slippery elm?

That said, it’s a powerful, healing herb that’s made of the bark of slippery elm trees (aka Ulmus Rubra). They’re deciduous trees that are only found in North America.

Of course that means that slippery elm bark powder is made exclusively in the USA and Canada!

Slippery Elm acts as an anti-inflammatory and coats, soothes and lubricates your dog’s digestive tract as well as their esophagus.

That said, it’s great to use when your dog (or cat!) has diarrhea and/or vomits because of its probiotic effects. It also helps with the opposite end of the spectrum if your dog is constipated as it’s rich in fiber. Likewise, it helps pass foreign objects (think of ingested socks etc).

Additionally, slippery elm helps dogs who suffer from megaesophogus because it eases swallowing and drinking.

Last but not least, you can also use slippery elm topically on wounds! Just make sure that your pup leaves it alone. You can leave it on the wound for several hours, then simply wash it off.

Tip: Since it’s so great for gut health, you can also give it to your pup when you’re switching them from kibble to raw dog food.

How to Make Slippery Elm Bark Syrup for Dogs

First things first, why do we make a syrup rather than giving the powder by itself?

Well, the powder needs to be mixed with water (or broth) in order to develop the “slippery” consistency that’s going to coat/lubricate/soothe the digestive tract (or esophagus).

Tip: Place the slippery elm concoction into the fridge to speed up the cooling process or let it sit outside your patio if it’s cold outside.

Once it’s cooled off, you can start giving it to your dog.

Store it in the fridge or freeze it.

How Long Does Slippery Elm Last In The Fridge?

You can store the slippery elm in the fridge for up to 7 days. If you still have leftovers after that or you made a larger batch, you can freeze the rest for up to 1 year.

In general, you can give your dog 1 teaspoon per 15lbs of body weight twice daily.

…or check the dosage recommendations on your particular bag of slippery elm powder! By the way, most slippery elm bags come with a measuring spoon.

The slippery elm syrup works quickly, and Wally felt a lot better after 2 slippery elm dosages following his recent plum tasting, and back to normal after 3.

By the way, completely back to normal means his poop was no longer loose but back to a solid consistency and he felt playful again rather than being lethargic.

How to Feed Slippery Elm to Your Dog

You can give your dog the slippery elm syrup twice per day.

As far as when to feed it and whether or not to mix it in with food, I’ve come across completely different advice.

Some holistic vets and packaging labels recommend to give your dog the slippery elm at least 30 minutes before meal time. Others (vets and labels) say to mix it in with your dog’s food.

So honestly, try either way and stick with what works for your pup.

The reason I’ve heard why you’re not supposed to mix it in with food is because it interferes with/blocks nutrient absorption from the food.

If you decide to go that route, you can either offer it by itself in a bowl or squirt it into your dog’s mouth using a syringe.

I personally give it to Wally before mealtime. Depending on how he feels, he’ll either lick it up out of his bowl or, if he’s feeling really crappy and doesn’t want to eat, I’ve also squirted it into his mouth using a (pet feeding) syringe.

Tip: Since slippery elm has a mild, sweet taste your pup shouldn’t mind taking it. However, if you have an overly picky eater on your hands, you could make the slippery elm syrup with bone broth rather than water.

Where to Buy Slippery Elm for Dogs

Your holistic vet may have some slippery elm in their office, otherwise your best bet is to hop on Amazon and buy it there. There’s different brands that offer it, for instance:

I personally haven’t used that particular supplement with my dogs, but I’ve used many other Dr. Harvey’s products over the years (Health & Shine, Veg-to-Bowl, Paradigm, several treats), so I have no doubt that it’s effective.

Now that I no longer live in the US but in Germany, I buy slippery elm on Amazon from this brand:

Slippery Elm vs Pumpkin Puree for Dogs: Which Is Better?

If you’ve read my blog for a while, you’ve heard me talk about the benefits of pumpkin purée for dogs. Similarly to slippery elm, pumpkin purée is very rich in fiber, so both are great options to help your dog both with diarrhea and constipation (32% fiber content in slippery elm vs 28% in pumpkin purée).

What I’ve noticed over the years is that PMR (prey model raw) feeders prefer giving slippery elm over pumpkin purée. That’s because they don’t believe in adding starchy veggies to their pups’ raw meals.

While that’s fair and there are certainly other options for fiber (e.g. fur and feathers), I’ve seen pumpkin purée work wonders for diarrhea and constipation over the years. That’s both in client dogs back when I was a professional dog walker and my own pups Missy, Buzz and now Wally.

So while I agree that dogs don’t need an abundance of starchy veggies in their diet, I’m taking the practical approach of “use what works”! If pumpkin purée is readily available when your pup has a case of acute diarrhea, use it! If you don’t have pumpkin purée at home but slippery elm, use slippery elm.

Note: If your dog has chronic diarrhea, I strongly suggest you consult your (holistic) veterinarian!

Slippery Elm for Dogs – What It Is, How to Make It & More: Bottom Line

Slippery elm is a safe, non-toxic, healing herb made from the bark of slippery elm trees.

It has anti inflammatory benefits and lubricates/soothes your dog’s esophagus as well as digestive tract. That makes it great for your pup’s gut health and also helps with megaesophogus issues.

It’s easy to turn slippery elm bark powder into a healing syrup at home and can be given orally twice per day.

You can also use slippery elm topically on wounds such as rashes and hot spots.

Join the K9sOverCoffee Community to stay in the loop about recipes, reviews, fitness tips & giveaways! Get your free raw dog food cheat sheet as soon as you sign up!
(Visited 136 times, 1 visits today)
Slippery Elm For Dogs – What It Is, How to Make It & More was last modified: August 6th, 2022 by Barbara Rivers
0 comment
6
Facebook Twitter Google + Pinterest 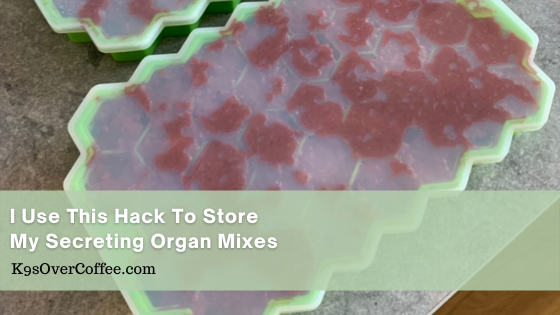 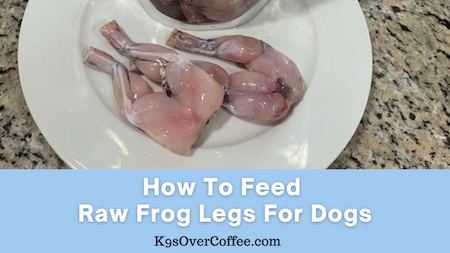 How To Feed Raw Frog Legs For Dogs 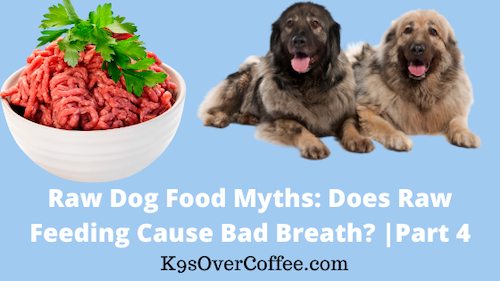 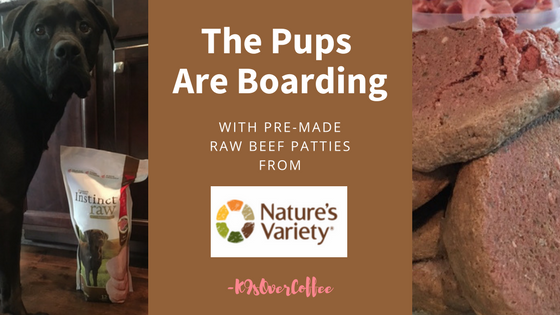 How To Feed Raw Dog Food Inside The House 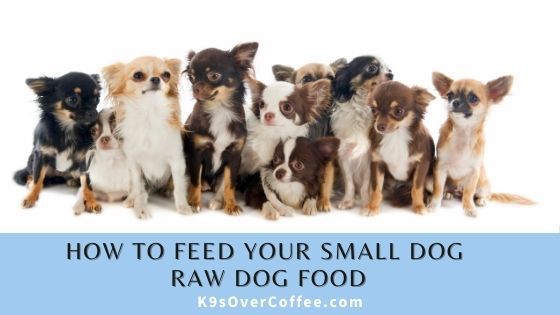 How to feed your small dog raw dog food 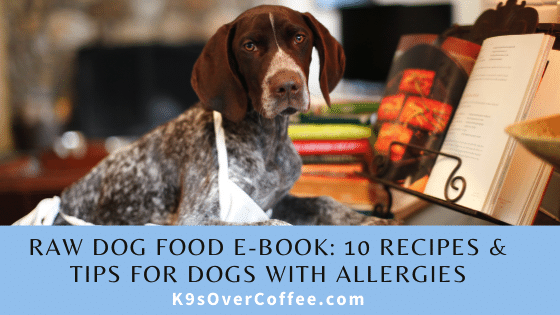 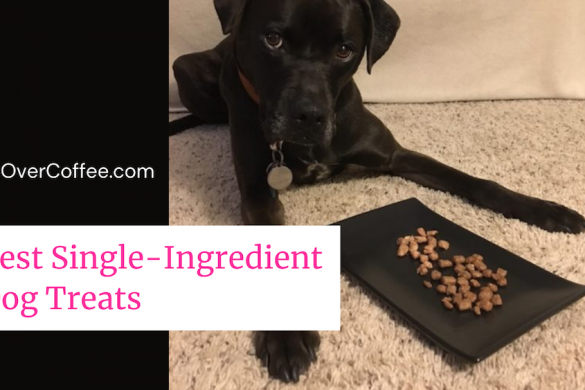 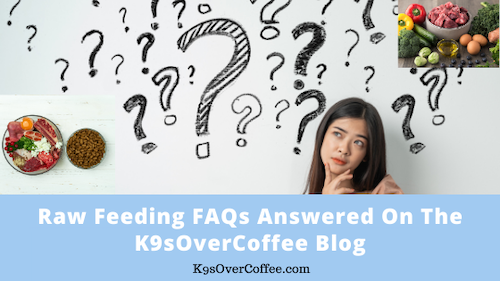 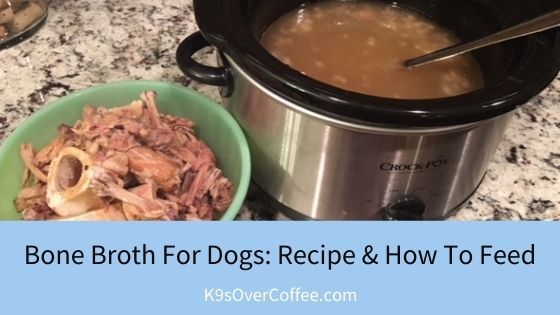 Bone Broth For Dogs: Recipe & How To Feed